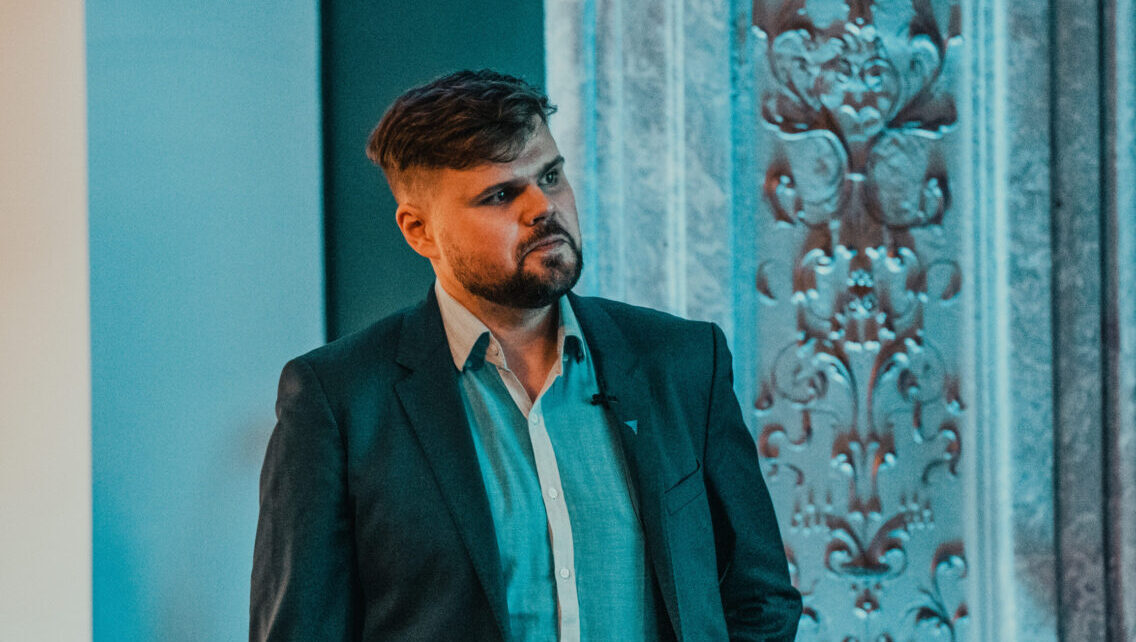 In April 2022, Accelerate Estonia turned 3 years old. During the first three years we organized a global scale hackathon called The Global Hack, had more than 20 ambitious experiments in the program that aimed to bring systemic change to the fields of infowars, construction, mental health, textile industry and many more.

Today, together with our most important public sector decision makers and leaders we have come to the understanding that to move further and support Estonia with its biggest ambitions, we need to redesign our program.

Olari joined Accelerate Estonia’s team full time in June 2022. He has a colorful background from numerous fields and countries, saying: ’I have been working in different fields like information technology, trading, construction, education and production. 2011-2017 I studied and worked in Bangkok and Singapore. Work wise, most notably in 2014 I co-founded Bangkok based recruitment company Workventure and in 2020 Music+Carpenter. After exiting my last gig, I took time off and just wondered what would challenge me enough, so obviously I ended up in Accelerate Estonia.’

Accelerate Estonia is a bridge between the public and private sector and our job here is not only to make illegal things legal, but also to bring economic benefits to Estonia. Without abandoning our core values we are moving to a more economic based structure. As good as the idea is, we don’t want teams in our lab to target the Estonian government as their only client. Outcome must be scalable and we help to see it through during teams’ time in Accelerate Estonia. That said, our aim is to take less teams in, but with stronger focus to bring their true potential into reality.

Olari hasn’t worked in the public sector before, but he adds: ‘As weird as it sounds, I always wanted to give it a try. I have known Mikk Vainik for many years and by chance we started talking about Accelerate Estonia and he told me he could actually use some extra brainpower and help in the team. It took me about 2 months until I made a decision to fully commit myself. For me Accelerate is a 3D cluster organisation and to make it truly successful you have to reckon with more different parties than just operating in a private sector. Challenging enough!’

Mikk Vainik, one of the founders of Accelerate Estonia has filled at least two pairs of shoes since the beginning – mentoring our experiments for the public sector processes and the CEO position. Mikk continues to be the main responsible leader of our public sector developments, relations and collaboration.