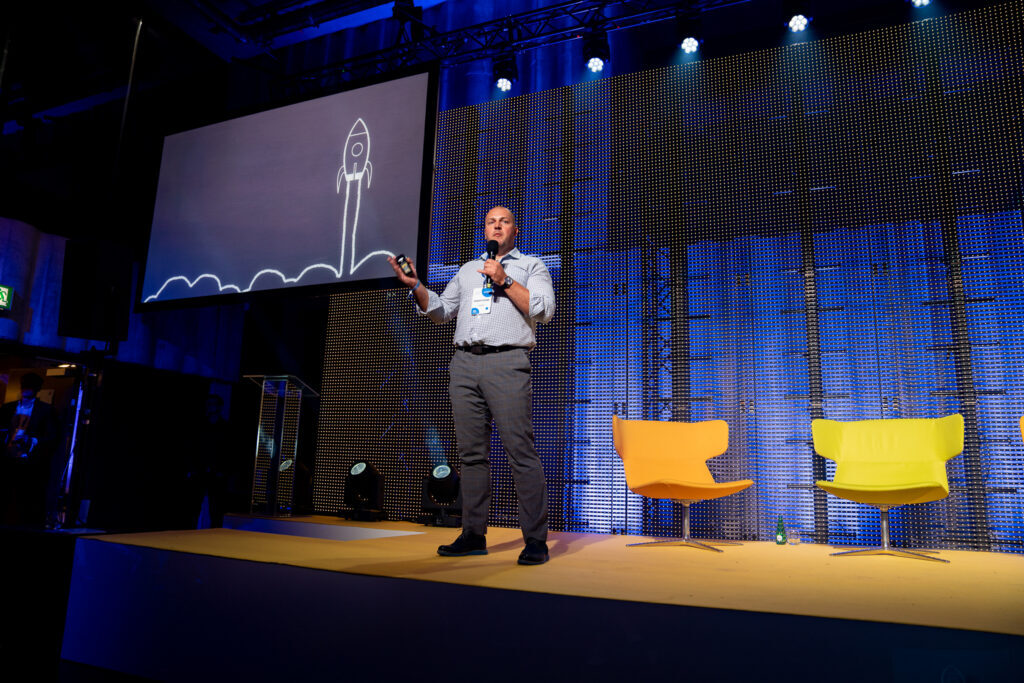 Blast from the past: KYCer – Alumni Interview

Our goal at Accelerate Estonia is to support audacious ideas that solve problems for the state and its citizens and that would take Estonia to the new heights.

We asked Rainer Osanik, the leader of our former KYCer experiment team, how he has moved forward by making the ‘know your customer’ (KYC) processes simple and logical.

What have you been working with after the Accelerate Estonia program?

Every big and extraordinary idea wants to settle down and is looking for its right time. However, we were probably a little ahead of our time and the public sector was not yet ready for a solution like KYCer, and such a data exchange service was not attractive enough for investors.

However, today’s situation is different – we have an open data directive, the state has turned a new page in the fight against money laundering, and the Ministry of Economic Affairs and Communications is interested in creating new real-time services for citizens. I am involved as an expert with the Ministry of Economic Affairs and the State Information System Authority in creating the ‘know your customer’ (KYC) service as a microservice of the www.eesti.ee information gateway.

We are on a journey where the country of Estonia itself is creating a service as we once worked out with KYCer. Estonia will be the first country to make machine-readable data in national registers and databases available for the KYC procedure and will also provide them with a time stamp that provides the highest confirmation of the origin and compliance of the data.

What is your biggest progress and what is the next more ambitious step?

In 2021, I was involved in the Ministry of Economic Affairs to lead an analysis that mapped new service candidates with a real-time economic dimension. At the end of the project, six different potential new services offered by the state were analyzed and a machine-readable data exchange methodology and roadmap were compiled, which will help public authorities to create various new services in the future.

Now these six services need to be set up. These activities require the involvement, coordination and cooperation of different government and authorities. I do not dare to allow time for the first tangible results, but hopefully we will see it in the form of a new e-service already next year.

What motivated your team to join Accelerate Estonia at the time?

Prior to Accelerate Estonia, we created a cross-border KYC concept in the European Union co-funded DIGINNO project. We realized that the general theoretical approach is nice and seems feasible, but it would be necessary to analyze the idea in depth and understand whether and what needs to be done both technically and legally in order to create such a service at all. Accelerate Estonia seemed to be the right place to move forward with such a complex topic.

What is the greatest value for yourself from the Accelerate Estonia program?

Without Accelerate Estonia, I would definitely not be where I am at the moment, and we would not be creating a KYC service that is currently unique in the world. The fruit ripened longer than the usual nine months in Accelerate Estonia, but perhaps the tastier it gets.

What is your personal biggest lesson or aha moment from last year?

Sometimes a good idea has to settle a little more and wait for its right moment. You have to be vigilant all the time so you don’t miss the right moment. If we, as the owners of an idea, do not constantly present our great idea to different parties, then no one else will do it for us.